In Memory of DJ Doruk Cihan 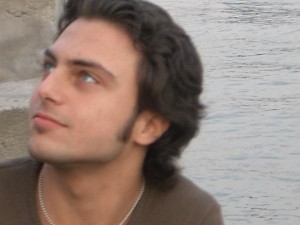 Yes it is a cliche but it was too early and it is not fair.

I am deeply saddened that we lost a great friend and the music lost one of its big talents.

There is nothing much to say except mentioning about his great personality and to share his big talent.

He was one of the most famous DJ’s in Turkey and he was resident at main clubs like Anjelique and Wanna. He was living in Peru since 2006 and lastly was the Resident DJ of Drama Disco Club at Lima, Peru. Unfortunately two days ago he died in a traffic accident.

Here below is the info about Doruk, copied from his own words at his MySpace page:

Turkish Dj and producer was born in Istanbul 1982.Music has been the biggest passion in his life and he has always felt the need to share that passion with the other people. Djing since 1997 in the best clubs, lounges & events in Turkey,Europe & South America. In his sets,he spins groovy, deep,jazzy,funky and electro stuff with strong and walking basslines. That’s what he likes to produce as well. He performed with so many big names of house music so far such as: ROGER SANCHEZ, MAX GRAHAM, DEEP DISH, HERNAN CATTANEO, JOHNNY FIASCO,JT DONALDSON, IZ&DIZ, FRED EVERYTHING, HALO VARGA, CHUS & CEBALLOS,CLAUDE MONET and many more….

I am not sure, maybe he won’t let me to publish but one month ago, he sent one demo of a DJ Set of him, I would like to share it with you to show you how great music he was playing, and I will share his previous sets later in this page.

Rest in peace my friend, we will miss you and your music..

This site uses Akismet to reduce spam. Learn how your comment data is processed.